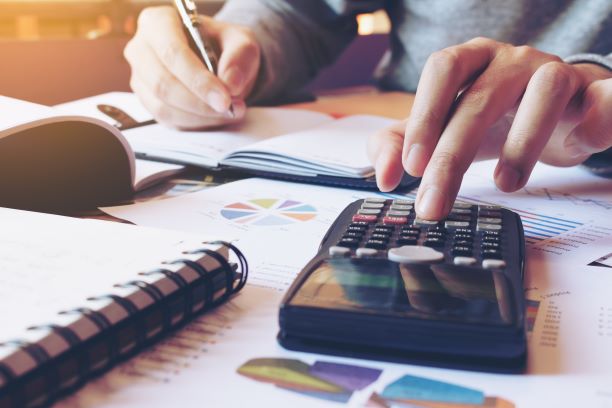 Now the New Year is underway, a third national lockdown is in place as the country continues to battle coronavirus. The rollout of a Covid-19 vaccine provides a much-needed light at the end of the tunnel, however things are set to remain challenging for the next few weeks.

One of the biggest consequences of the pandemic, from a rental market perspective, has been an effective ban on evictions for much of last year – a pause which has now been extended until at least mid-February.

Here, we analyse the latest situation and how things could look throughout the remainder of 2021.‍

2020 - a difficult year for evictions‍

While far from ideal, evictions are sometimes needed to enable landlords to either regain possession of their property – if they are going to sell it or live in the home themselves – or to get rid of a difficult/anti-social tenant or one who is in severe rent arrears.

Even in normal times, the process could be slow and frustrating, but since March 27 2020 – just after the first national lockdown came into play – the eviction system has been in virtual freeze mode. From March 27, eviction hearings were banned in courts in England and Wales - with the ban initially set to run until June 25 before subsequently being extended until August 23 and then again until September 20.

Even once the ban in England was lifted, there was a huge backlog in the system as cases which were put on hold during the lockdown were joined by new cases created during the pandemic itself.

What’s more, the government included certain stipulations, which meant the minimum notice periods landlords or agents needed to give tenants for evictions rose from three to six months – in place in England until at least March 31 2021, apart from in the most serious cases involving anti-social behaviour and domestic abuse.

Even before the second national lockdown came into play last November, there had been various rules effectively disallowing evictions in any areas in local lockdowns or higher-tier locations.

When the second national lockdown came into play, there was no outright ban on evictions like there was in the spring, but there was deemed to be a de facto one after the government sent a letter to bailiff authorities asking them not to enforce possessions cases during Lockdown 2.0. In mid-November, there was a tweak to this which said that, from November 17, possession cases with severe rent arrears would be exempt from the effective ban, meaning that bailiffs and High Court Enforcement Officers could move to enforce warrants and complete evictions.

But this only applied to cases where the equivalent of nine months’ rent arrears had been built up before March 23 2020, when the UK went into its first national lockdown.

Lockdown 3 - what happens to evictions now?

On January 8, the government announced a fresh ban on evictions until February 21, at which point it will be reviewed. With the third national lockdown expected to last until March at the earliest, it would be no surprise to see the eviction ban extended further into 2021.

Possession orders can now be enforced if tenants are in more than six months of arrears, irrespective of when the debt was accrued. These cases can go to court, however they can't be enforced by bailiffs. As before, exceptions still apply and bailiff-enforced evictions can still take place in the most serious cases of anti-social behaviour or domestic abuse.

At the same time as announcing the eviction ban extension, the government revealed the details of a new mediation pilot launching next month to further support landlords and tenants who face court procedures and potential evictions. You can read more here.

Like many parts of society, from the theatre to retail, and high-level sport to aviation, it will take a long time to recover from the impacts of Covid and it seems highly unlikely there will be a normal functioning eviction system until later this year.

There is also the ongoing threat – on hold for now, until the coronavirus crisis is dealt with – of the scrapping of Section 21 as part of the Renters’ Reform Bill, which is likely to further exacerbate an already tricky set of circumstances for agents and their landlords.

In the most severe cases, you can still start evictions proceedings on behalf of your landlords, but the process is likely to be even slower than usual because of the logjam caused by Covid.‍

What can be done to prevent the need for evictions?‍

If at all possible – and sometimes circumstances dictate otherwise – you should advise your landlords that now is not the best time to try and regain possession of their home and sell it on, if that is their intention. If they do desperately need to sell, it might be worth their while selling with sitting tenants – which negates the need for the eviction process. There are pros and cons to selling with sitting tenants, but in the current landscape it could be an excellent alternative.

Similarly, if a landlord is looking to reduce their portfolio, you may want to advise them to hold off for the time being until things are calmer and more normal again.

In the case of rent arrears, you may want to work with your landlords and their tenants to try and come to some arrangement over how they can pay what they owe back over time. If the situation is chronic and long-term, there may be no choice but to wait for an eviction, however if rent arrears are bad – but not yet severe – seeking alternative ways to remedy the situation could help you to save your landlords a fair bit of hassle and stress.

Equally important, to ensure anti-social tenants are not an issue, is to reference them thoroughly in the first place to make sure that you are getting renters with good reputations.