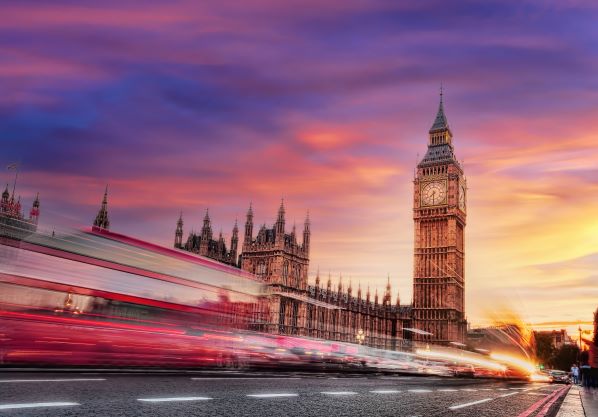 Following last year's general election, the Conservative Party launched the Renters' Reform Bill as one of its main housing policies.

The Bill's intention is to provide a 'better deal for renters' by scrapping Section 21 evictions, introducing lifetime deposits and making the database of criminal landlords and agents more accessible. It was expected that the Bill would make swift progress through Parliament this year thanks to strong cross-party support and the fact that the Conservatives had expressed their intention to remove Section 21 from the Housing Act 1988 as quickly as possible.

However, as we approach the end of 2020, the Renters' Reform Bill is yet to be presented to Parliament. So, what has been going on and what does it mean for letting agents?‍

It had previously been stated by the government that the Renters' Reform Bill would be introduced 'when time allows' this year. However, this was before the Covid-19 pandemic, which has since dominated proceedings. In September, it became apparent that the government has decided to delay the Bill due to the impact of the pandemic on the workload of civil servants.

The Housing Minister, Christopher Pincher, said: "We will do that at the appropriate time when there is a sensible and stable economic and social terrain on which to do it."

At this point, the timescale of the Bill looks very uncertain and it may not come into play until some point next year or even beyond. That said, it won't be going away due to its status as one of the government's key housing policies and the strong desire to reform the evictions process.‍

Background - what does the Renters' Reform Bill include?

The headline policy of the Bill is to remove Section 21 from the Housing Act 1988. This means landlords will no longer be able to regain possession of their properties without providing a reason.

The government says the controversial proposal will see Section 21 replaced with a beefed-up Section 8 and changes to the court system. ‍

Another proposal is to introduce lifetime deposits for tenants, allowing them to hold a digital deposit certificate which can be transferred between landlords when they move home.

The thinking behind lifetime deposits is that they will lower the barriers of entry to the rental sector and help renters so they don't have to raise a new deposit before receiving their existing one back when moving.‍

The third proposal is to open up the database of criminal operators - which names and shames all landlords and agents who have received a banning order, been convicted of a banning order offence or received two or more Civil Penalties within a year - to a wider audience.

At the moment, the database is only available to local authorities. However, the Renters' Reform Bill intends to open it up to all agents, landlords, renters, professional bodies and employers to make it more effective.‍

What does the delay mean for letting agents?‍

The news that the Renters' Reform Bill has been delayed for an indefinite period will have been welcomed by many property professionals.

Alongside managing the impact of the pandemic, this year agents have also continued to contend with a range of new compliance measures, including mandatory electrical checks and the extension of the Tenant Fees Act. If implemented correctly, the measures outlined in the Bill could help to create a more balanced rental sector and help to make things easier for tenants. However, considering the upheaval of 2020, it seems like a sensible decision to delay the introduction of yet more new legislation.

Letting agents should not forget about the Renters' Reform Bill, though, as it is likely to be pushed up the priority list once the worst of the pandemic is over. The restrictions placed on evictions for large parts of this year due to Covid-19 have given letting agents a preview of how they can help landlords to regain possession without a Section 21 notice. Agents will need to start preparing for radical changes to the evictions system now, so they are ready to guide landlords through the new system when it eventually arrives.

Meanwhile, an effective lifetime deposit system could speed up the moving process and increase demand for landlords. On top of this, the move to widen access to the rogue database will be welcomed by all parties as it will help to raise standards and encourage transparency.

As we move towards 2021, it’s important for letting agencies to stay on top of the latest Covid-19 government measures while keeping one eye on future legislation which will impact their working practices.

‍You can keep up with any further developments on the Renters' Reform Bill here.