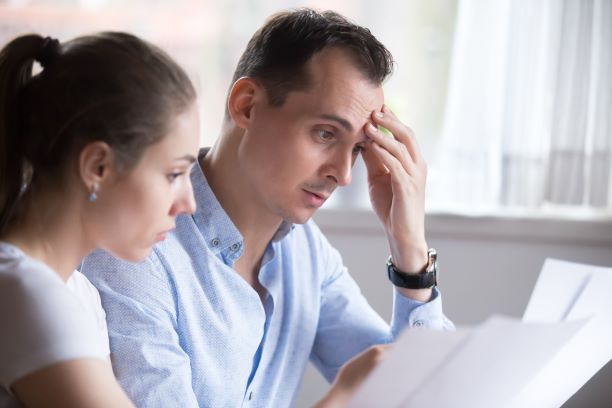 With the impact of the coronavirus pandemic likely to be felt for many years to come, one of the biggest topics of discussion has been how the government will claw back some of the huge amounts of money it has spent on its response to Covid-19.

Property taxes are an important source of revenue for the Treasury and there has been much talk about a possible increase in Capital Gains Tax (CGT) in recent months.

Here, we take a closer look at what is being proposed and what it could mean for buy-to-let landlords and the owners of second homes.

A potential change to the current system?

In November last year, a new report on CGT – commissioned by the Chancellor in July 2020 – was published by the Office for Tax Simplification (OTS). It suggested that the government should alter the current CGT system to both increase the tax take and make it simpler.

To achieve this, it said that CGT exemptions should be cut and the rates payable doubled, helping to raise an additional £14 billion in annual revenue for the government.

The other main recommendation was for CGT to be brought roughly in line with income tax. The report found that the disparity in rates can ‘distort business and family decision-making’.

CGT, according to the report, can create ‘odd incentives’ – encouraging some to arrange their finances in such a way as to reframe income as capital gains in order to pay less tax.

Respondents to the consultation argued that the current system is a barrier to economic growth, with others arguing that it impedes a more equitable society. Estimates suggest that only approximately 265,000 people pay CGT every year, in comparison to more than 32 million paying income tax.

To read the full OTS report, you can click here.

CGT is likely to be one of those taxes most people have heard about, but don’t necessarily know what it means in practice.

It is required when you ‘dispose’ of an asset like a rental property or second home and is based on the profits you make when selling that asset. It does not apply to the sale of main residences, so only really affects buy-to-let landlords, investors and second home owners.

From this gain, landlords are able to deduct allowable expenses (for example estate agency fees, conveyancing costs and money spent on renovations) and a tax-free allowance of £12,300 before reaching their final CGT bill.

The CGT rate for basic-rate taxpayers in the current tax year (2020-21) is 18%, with this rising to 28% for higher and additional-rate taxpayers.

Not the only recent changes

Last year, the CGT system was already altered quite significantly with a number of changes implemented. As a result, it’s now the case that anyone who sells a property which is liable for CGT must pay an estimate within 30 days of the sale completing. In the past, there was a grace period of between 10 and 22 months.

In addition, lettings relief – which enables landlords to claim tax relief when letting a property they used to reside in – now only applies for any period in which the owner has occupied the property at the same time as tenants.

Lastly, the exemption of principal private residence relief also underwent a change. The exemption, provided to landlords selling a property they have previously used as their main residence, is now at nine months, down from 18 months previously.

How could the proposed changes affect the PRS?

Any landlords looking to sell a property would be hit with a significantly higher tax bill if CGT rates were higher. If CGT rates were doubled at some point in the future, this could lead to a flood of investors and landlords selling up sooner than planned and a subsequent oversupply of stock on the market.

This could affect the rents landlords can charge, as supply and demand even out, while tenants themselves might be affected by a smaller pool of landlords renting out homes. The PRS now makes up around a fifth of all households in England and any large-scale departure from the market could be disastrous.

On the other hand, those landlords seeking to grow their portfolios could take advantage of a market flooded by investment properties ahead of a CGT tax rise, with prices potentially dropping and bargains to be had. Demand in the PRS remains high, despite the pandemic, so savvy investors may want to consider expanding their portfolio as selling off a home becomes less appealing (with the stamp duty holiday also coming to an end later this year).

What is certain is that if CGT rates are hiked up, landlords will feel they are continuing to be targeted by the government. In recent years, there has been a huge amount of legislation introduced, while tax disincentives such as the 3% stamp duty surcharge and the phasing out of mortgage interest relief have been brought in to make buy-to-let much less attractive.

At the time, the government stressed that it was yet to make a decision as to whether it would implement the OTS's proposals and overhaul the CGT system.

A spokesperson for the Treasury said, after publication of the report: “The government’s priority right now is supporting jobs and the economy. We thank the OTS for their independent report which will be considered in due course.”

A second part of the OTS report on CGT - focusing on technical and administrative issues - is set to follow at some point this year.

However, things have changed a fair bit even since November. As part of the recent Budget, the government extended the stamp duty holiday until the end of June, with a reduced exemption until the end of September.

This means a huge source of revenue for the Treasury will continue to be off the table for longer than planned, alongside the continuation of furlough and other pandemic-related subsidies.

There were rumours that CGT changes would be announced as part of the Budget on March 3, however this didn’t come to pass. The government held a subsequent ‘Tax Day’ later in March, on which it was widely expected a consultation on CGT changes would finally be launched. Once more, however, the industry was left surprised that CGT was not on the agenda.

So while the tax will be left unchanged for now, industry commentators are suggesting proposals to change CGT could be launched in the autumn when the government will remain under pressure to raise additional tax revenues.

For now, it remains a waiting game for letting agents and landlords, many of whom will have one eye on the second part of the OTS report into CGT, which is expected in the coming months. As the year progresses, it will hopefully become clearer how and when the government intends to reform the CGT system.