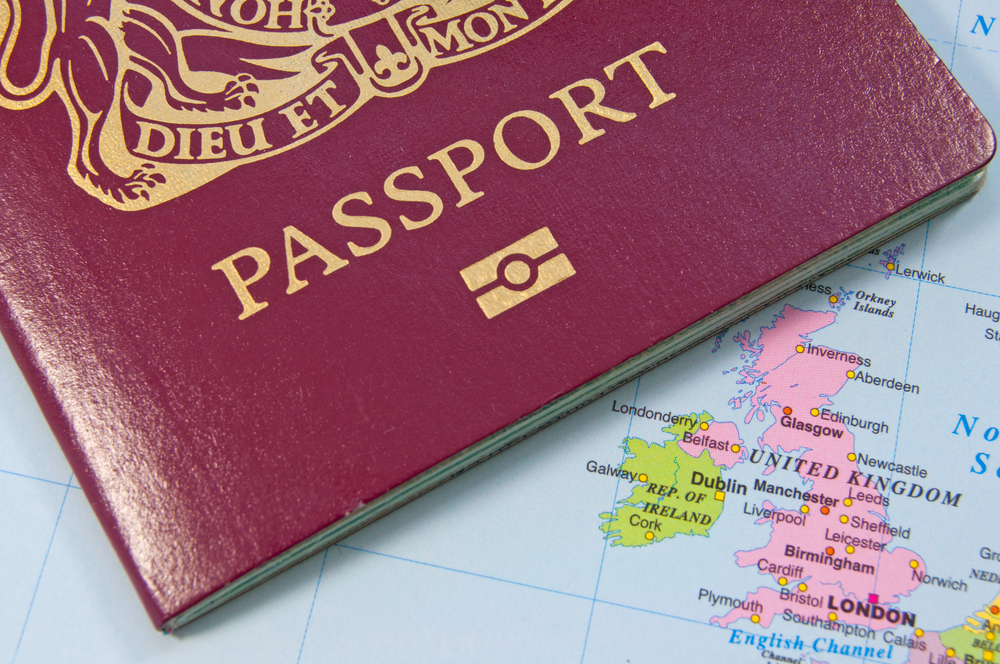 Since February 2016, every time you rent a property you are required to prove that you have the legal right to rent in the UK.

This measure, known as the Right to Rent scheme, was introduced as part of the Immigration Act 2014.

In practice, this means that when you make an application for a rental property,the letting agent or landlord will ask you for identity documents such as a passport or identity card.

They are then required to check whether you are legally entitled to rent in the UK, make a record of their check and take a copy of your documents.

If you live in student accommodation or are living in accommodation provided as part of your job, you won't be required to pass a Right to Rent check, but if you are renting in any other circumstance it's likely you will.

Ever since its introduction more than three years ago, the Right to Rent scheme has been highly controversial, criticised for encouraging discrimination and slammed for a lack of enforcement

This year, the scheme has attracted even more headlines than usual, following a High Court case and concerns about how it will work as we move closer to Brexit.

With this in mind, here is an update on everything tenants need to know about immigration checks when renting a property in the UK.

Late last year, the Joint Council for the Welfare of Immigrants (JCWI), with the support of the Residential Landlords Association and the Equality and Human Rights Commission, challenged the Right to Rent scheme in the High Court,saying that it causes landlords to discriminate against people who have the right to rent in the UK.

The ruling on the case wasn't made until March this year, when it was determined that the Right to Rent scheme in its current form breaches human rights laws.

Immigration checks are currently only a requirement in England, but the High Court ruling made it clear that it would be illegal to roll out the scheme to Wales,Scotland and Northern Ireland without further evaluation.

Summing up, Mr Justice Spencer said that there was strong evidence to show the scheme was causing landlords to discriminate against would-be tenants as a result of their nationality and ethnicity.

He added that the scheme seems to affect people's ability to find rental accommodation and that it has little or no effect on its main goal of controlling immigration.

The Home Office expressed its disappointment at the ruling and has said it intends to appeal. At this point, however, there are to be no immediate changes to the Right to Rent scheme.

Although we are no closer to finding out exactly how and when the UK will leave the European Union, many people have raised concerns as to whether Right to Rent could affect the ability of EU citizens to rent property after Brexit.

Research shows that two thirds of all EU nationals living in the UK choose to live in private rented accommodation, while a fifth of landlords say they are less likely to let to EU or European Economic Area (EEA) nationals because of Right to Rent.

The prospect of Brexit means that landlords and letting agents may avoid taking applications from European migrants altogether due to worries of not complying with Right to Rent.

In May, these concerns forced the government to act and provide updated Right to Rent guidance for EU, EEA and Swiss citizens after Brexit.

The guidance states that following Brexit, EU, EEA and Swiss citizens will continue to be able to prove their right to rent by providing a passport or identity card - the same way in which they can at the moment.

The government also confirmed that this will remain the case even if the UK leaves the EU without a deal.

Tenants won't need to prove whether they arrived before or after Brexit or whether they have European temporary leave to remain or status under the EU Settlement Scheme.

Meanwhile, Irish renters will continue to have the right to rent in the UK and will be able to prove their credentials the same way they do now by providing identity documents.

How should tenants approach Right to Rent?

As we can see, there is potential for the way immigration checks are carried out to change significantly in the future. For now, however, if you are renting ahome in England, the system remains the same.

This means that when you apply to rent a property, have your relevant identity documents ready to provide to the landlord or letting agent so they can prove your right to rent.

If you are not sure whether you have the right to rent in the UK or how Brexit will affect your immigration status, you should contact the Home Office or seek professional legal advice.