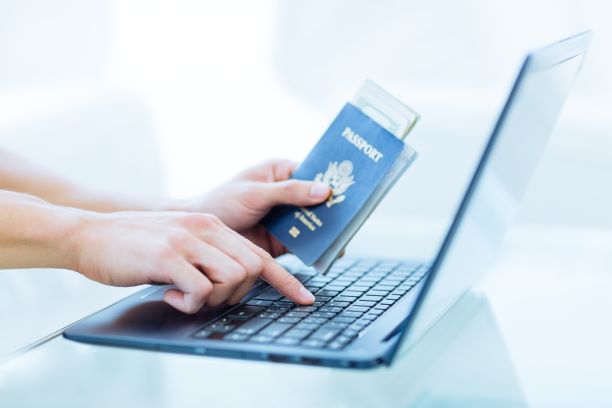 Despite ongoing questions around the future of Right to Rent, agents are still required to check the immigration status of tenants on behalf of landlords. Failure to do so, or knowingly letting a property to someone who doesn't have the right to rent in the UK, could result in a significant fine or a custodial sentence.

Since March 2020, the lettings market has had to contend with the impact of the Covid-19 pandemic. Part of this has been ensuring compliance with the Right to Rent scheme immigration checks, which have traditionally been carried out in person.

As agents have adapted to continue completing the necessary checks, there have been several changes to the Right to Rent scheme recently. We’ve put together an update on everything you need to know...
‍

How has Covid-19 affected the Right to Rent scheme?‍

As mentioned above, Right to Rent checks have traditionally been carried out in person, with a requirement for prospective tenants to provide original ID documents such as passports or visas.

However, as the spread of Covid-19 worsened, the Home Office announced in March 2020 that temporary measures would be introduced allowing agents and landlords to carry out checks via video call. The current system, which is set to continue at least while the pandemic is ongoing, also allows copies of ID documents to be checked rather than originals.

Recently, the government issued a new guide for landlords and agents, providing advice on how to carry out checks remotely in a compliant manner. It includes guidance on the validity of tenant submissions, which documents can be accepted and how to retain evidence.

The government has also suggested that once the temporary measures come to an end, agents and landlords will be required to carry out a 'full' Right to Rent check for any tenant that has moved into one of their properties since the rules were relaxed last March.

In January, the Home Office confirmed that it is reviewing the adjusted checking process brought about by the pandemic. It says it is seeking to improve the process and 'innovate where possible'. Updated guidance has been promised in 'due course' and you can read more here.

Despite a less formal checking procedure, it remains an offence to knowingly let a property to someone who is living in the UK illegally. If tenants are unable to provide any of the accepted documents to prove their immigration status, property professionals are advised to use the government's Landlord Checking Service.‍

Will technology continue to be used for immigration checks?‍

Although the government initially hinted that remote checks would be a short-term fix in the wake of the Covid-19 pandemic, the success of carrying out immigration checks online appears to have encouraged a change in strategy.

Towards the end of last year, the government announced plans to launch a new online system for Right to Rent checks. The new system is rumoured to allow video link checks to be made in real time.

Renters will also be able to see their Home Office profile and the information that is used to determine their right to rent in the UK.

The first stages of the online checking system were set to launch in late November, although the new website does not appear to be up and running as of mid-January. However, the decision to allow more online checks on a permanent basis represents a step forward for the industry.

Remote checks via video call, providing they are compliant with the legislation, will help save time for letting agents, landlords and tenants. With less people visiting agents' offices and staying at home more for the foreseeable future, online immigration checks represent a more streamlined and 21st century process for all parties. Watch out for the Canopy solution - soon to be released.

November code changes and Brexit - what do you need to know?‍

Alongside the news that a new online checking system will be launched in the future, Right to Rent's Code of Practice was updated in November.

According to a lettings legal expert, David Smith, partner at JMW Solicitors, the changes are 'fairly cosmetic'. The most significant change means new rules for B5JSSK nationals, people from the USA, Australia, Canada, New Zealand, Japan, Singapore and South Korea.

It is thought the new Code will make things easier for certain group of migrants when it comes to proving their right to rent in the UK. Meanwhile, now the UK's Brexit transition period has come to an end, there could be further changes to the Right to Rent scheme this year.

Smith says that if the UK adopts a 'points-based' immigration system and downgrades the immigration status of EEA and Swiss nationals, renters from these areas - who would usually be granted time-limited visa-free access to the UK - may have to follow a different system.

Even though the conditions of Brexit have now been finalised, its impact on the Right to Rent scheme is yet to become clear. The Home Office recently confirmed that the Right to Rent process fall under an additional grace period until June 30. However, changes are expected at some point, so it’s crucial that letting agents stay on top of any developments and communicate them to landlords and tenants.