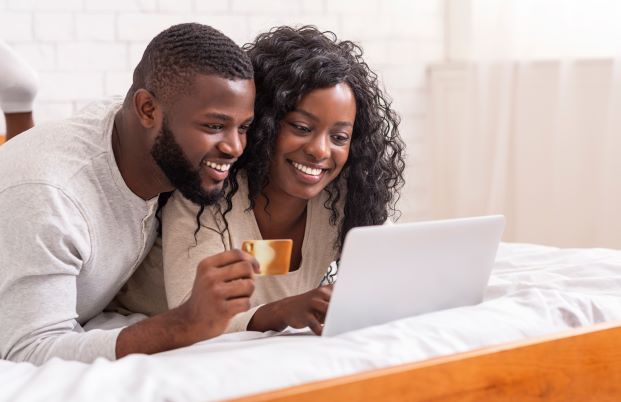 Security deposits are an important part of the tenancy process, providing protection for landlords and tenants.

For landlords, the deposit confirms commitment from the tenant, obliging them to have a financial stake in the property. What's more, should issues such as property damage arise, landlords can make deductions at the end of the tenancy.

The protection for renters comes in the form of having the opportunity to dispute deductions through an unbiased third-party and having their money held with a government-approved scheme.

However, most tenants would argue that there are still issues with the deposit system which need to be resolved. One of the biggest obstacles for tenants is the cost of security deposits.

It's estimated that the average deposit is now well over £1,000. In 2019, the Tenant Fees Act was introduced, capping security deposits at five weeks' rent for annual rentals of less than £50,000.

Although this was another welcome piece of legislation, rents which continue to rise - according to Zoopla, The average cost of renting a property in the UK during the final quarter of 2019 was £886 per calendar month, an annual increase of 2.6% and the highest growth rate seen in three years. Meaning that the deposit cap only goes so far in keeping costs down for renters.

The cost of deposits for existing tenants becomes an issue when they move between rental properties as often they will have to try and raise the capital for a new deposit before their old one is returned.

What's more, the high cost of rents and therefore deposits raises the barriers of entry to the private rental sector (PRS), forcing more people into the social housing sector.

The deposit system in the UK has come a long way, but there are clearly still some issues to consider. So, what is the future of deposits and how could changes to the sector affect letting agents?

No-deposit renting - benefits for all stakeholders

A few years ago, a range of no-deposit alternatives - which require tenants to purchase an insurance policy - started to emerge. These alternatives not only provide tenants with a low-cost way to secure a rental property, but landlords and agents benefit from greater protection and a more streamlined system.

So, how do they work? Instead of paying a five or six-week security deposit, tenants can instead purchase a DepositFree insurance policy which costs 10% of eight weeks' rent. With Canopy, this alternative also covers rental arrears for up to eight weeks if tenants lose their job or become seriously ill, providing a heightened level of protection and peace of mind for all stakeholders.

DepositFree renting, which can be offered by agents on behalf of landlords, still holds the tenant responsible for damage or loss to the rental property, as well as unpaid rent.

In the case of a dispute between landlords/agents and tenants, an independent claims adjudication service can be pursued.

DepositFree alternatives allow agents to let their landlords’ properties faster and reduce costs for tenants while all parties benefit from better protection.

Offering an alternative to a traditional security deposit is also becoming an instruction-winner for agents due to their popularity with tenants.

A 2019 survey of almost 4,000 renters, carried out by Your Move, found that over half of those taking part would be interested in an alternative approach to traditional security deposits. Moreover, 70% said they would be influenced by having the choice of a no-deposit option when deciding whether to rent a specific property.

As more landlords and tenants become wise to the benefits of deposit-free renting, it’s becoming a necessity for agents to offer them.

Could lifetime deposits be introduced in the future?

Another development in the deposit space is the concept of lifetime deposits. Following last year's decisive general election result, a Queen's Speech was delivered to outline the new government's plans.

The address included the Renters' Reform Bill - a range of measures intended to provide a 'better deal for renters'. Alongside plans to scrap Section 21 evictions, the Bill also included proposals for lifetime tenant deposits.

The government said the key reason for introducing a lifetime deposit for renters would be to eliminate the need for tenants to save up for a new deposit while they have hundreds of pounds already tied up in an existing one.

At the time, it was suggested that a new system would allow renters to hold a digital certificate with details of their deposit. This would then be presented every time they move rental property, with the funds transferred between landlords.

The main criticisms levelled at this approach are how damage deductions will be applied and whether it will be able to integrate with the existing deposit protection system. There are also concerns about how the system would work for shared tenancies when an individual tenant moves out.

The benefits of this type of system are similar to no-deposit renting - entry costs are lowered and the burden of having to find capital when moving is removed.

Cheaper moving costs could encourage more long-term renting and more people to enter the PRS, all of which would be positive for letting agents and landlords.

The prospect of lifetime deposits being introduced any time soon, however, is very slim as the introduction of the Renters' Reform Bill has been delayed for an indefinite period due to the Covid-19 pandemic.

It's clear, though, that the deposit sector is moving in the right direction, aiming to provide more protection for renters while also adopting more digital options to speed up the process for landlords and letting agents.

As we move forwards in 2021 and beyond, it's important that renters have a choice when it comes to deposits and that whatever option they decide to pursue provides the necessary safeguards for landlords and their investments.