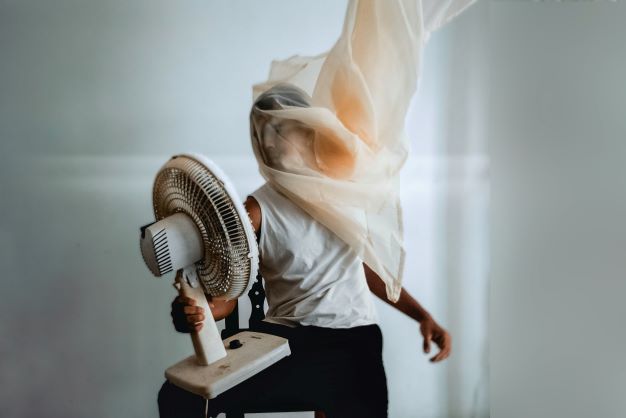 With the cost of just about everything on the rise and talks of energy bills going up again in October, we’ve put together our top tips to save, save, save this summer!

So while this one may seem obvious, it is a point we just couldn’t skip as it can be the most efficient. Keeping these closed will keep the sun out of rooms and keep them cool during the day while you’re not at home, meaning there’s less use for a fan.

2. Switch the lights off

Not all the time of course! Just in rooms you're not using and swap to LED bulbs. LED bulbs can reduce electric consumption by 85%! Most also claim to last up to 75% longer which should help to keep that change in your pockets for longer!

With most homes in the UK not having air conditioning it may seem easy to simply switch on your fan for a quick cool down fix. However fans certainly aren’t the most energy efficient and when left on for a long period of time they can use more energy than you’d think!

4. Stop leaving your tech on standby

More often than not, us Brits will not think to turn our tech off from the plug socket. Home energy-saving firm Loop has compiled data which proves homeowners and renters could save an average of £140 on their annual energy bills this year, while some could save as much as £450.

‍Now when we say cut back on your water we don't mean taking a shower once a week. The BBC has found that over £68m gets washed down the drain each year just from overfilling the kettle alone! So next time you’re making a brew try filling the kettle only to the amount you need. You can also save money by doing your washing on a 30 degree cycle and washing those few dishes by hand rather than using a dish washer.

6. Use the microwave instead of the oven

If you can use your microwave instead of the oven to cook certain foods, then you should. They use less energy than ovens because they only heat the food, not the air around it. Take the example of a jacket potato - the time it takes in the oven is something over an hour, whereas if you used the microwave this would be more like 10 minutes. Think of the energy saved here!